In these United States, we have the “right” to vote. But how much of our voting is based on the laws of this land and those in a position to make this land better for all, instead of a popularity contest? In a recent newspaper article in the USA TODAY, dated April 27, 2012; there was an article titled “Immigrants Shine on U.S. civics lessons-But survey finds native citizens need to study up”. This article grabbed my attention; to say the least.

The civics portion of the citizenship is 10 questions, drawn from a test bank of 100 questions, found at the Citizenship and Immigration website.  To pass, an immigrant needs to get 6 out of 10 correct.  I guess the thing that struck me was that the information in the citizenship test, is the same information found in basic Civics classes.  Just two of the  highlights from the article include:

These United States are the worlds gold standard of democracy, yes, we may have our internal bickering; but based solely on the number of people immigrating (both legally and illegally) we, as a country are doing something right.  Most of my friends are originally from other countries; and as such I find myself blessed to share in their dreams, frustrations and thankfulness that they have had the opportunity to immigrate to this great country.

We, as a native born citizens, can learn a lot from our immigrants.  For the most part (and this IS a generalization) they take more interest in politics and the effects of our nations policies than the average “Joe” working 40 hours a week.  Our immigrants feel a responsibility to their adopted country,  it seems there is a growing percentage of native born americans (the small “a” is intentional) that feel their country has a responsibility to them; which is just the opposite.

Thinking along these same lines, I don’t think every American should be a civics whiz, but, we should have a basic understanding of our government, how it works and how it impacts us, as citizens.

Back to our conversation for the day: immigration.  Before an immigrant can become a naturalized citizen, they must take the “Oath of Allegiance to the United States” How many natural born americans (other than those of us who have served this great country) would take this oath:

“…I will support and defend the Constitution and laws of the United States of America against all enemies, foreign and domestic; that I will bear true faith and allegiance to the same…”

The Constitution is the law of our United States, period.  Our legally naturalized citizens have sworn to  protect this land, and our rule of law, when required to do so.  for those of us who have served this great land; this sentence is life changing, and potentially has many unintended consequences (i.e. loss of life or limb).

I cannot think of a single legalized immigrant that does not provide some sort of benefit for this great land, instead of leaching off of society; like many of our natural born citizens (welfare recipients know who they are!).  I know of a man that was a researcher/scientist from India, who currently supports his family by working construction.  When I asked him why, he simply says with a gleam in his eye; “look at my daughter, for her.” That is what our great nation is all about it; leaving it a better place than we found it.

In short: as citizens we have personal responsibilities, not just rights.

Maybe those stating there should be a test prior to voting may be on to something, what do you think? I don’t think knowing some basic facts about the law and history of this great land should be to much to ask. 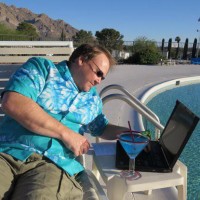