Are American (or any other nation’s) embassies sovereign soil?  The short answer, is no.  An embassy is not sovereign soil of the represented country, the property belongs to the host country (I did not know this until writing this article).  With the latest attacks upon our embassies in Egypt and Libya; there have been outcries that “America has been attacked!”  All I can say is; cool your jets there easy rider, cool your jets.  There has been a lot of saber rattling, but America has NOT been attacked.  Is it deplorable – yes.  The attack on our embassies is a violation of of the Vienna Convention on Diplomatic Relations. As such; the host nation should be held liable.  The host nation is responsible for the safety of the represented nations diplomats.

Diplomatic missions are special, and they hold a special status; both in the represented country and in the host country.  There have been arguments that Ms. Clinton “apologized” for our country.  I’ve read what she said, and I don’t feel it was an apology; she simply stated that the government didn’t endorse the movie; and that America is the home of many religions, including Muslims.  She is a diplomat, and the whole function of a diplomat is to keep a cool head, and get along with everyone.  She did not apologize for the movie; she stated she didn’t like it personally and that our country has a long tradition of (and the Bill of Rights guaranties) free speech.  Violence to that free speech is unacceptable.

I know, I know….if the embassies are not sovereign soil; why are there US Marines stationed at embassies?  As I stated earlier, this has been a learning environment for me also, the Marines are there to…

The primary mission of the Marine Security Guard (MSG) is to provide internal security at designated US diplomatic and consular facilities in order to prevent the compromise of classified material vital to the national security of the United States. The secondary mission of the MSG is to provide protection for US citizens and US government property located within designated US diplomatic and consular premises during exigent circumstances

During World War II, the Nazis, yes, even the Nazis respect(ed) the diplomatic corps. It appears to me, that only in one part of the world are diplomats under threat; and these are from governments of “Theocracies” where there is state sponsored religion.  Once again proving the wisdom of our founders to separate functions of government from practices of religion. There is a good article in Al Arabiya (English version of Saudi paper) that reviews the history of storming embassies.  Since 1829, there have been 28 attacks on US embassies; more than twice that of the next highest country (France-10).

Our country prides itself on free speech, it is one of our founding liberties.  Did movie maker have a “right” to produce that movie, you bet.  In this country; everything gets ridiculed, my religion included; but that doesn’t give anyone the right to destroy property or murder someone just because they represent the offender’s (the person that is offended) country.  That is murder, no matter what religion (or not) you subscribe too – Islam included.  It appears to me, that the people of Islam are a hyper-sensitive bunch, and are (contrary to their stated positions) not a tolerant bunch.  To me, they have more in common with my daughter when she was 5 – she threw a temper tantrum whenever something happened that displeased her.  She grew out of it – when will Islam?

I’m of the opinion that anyone has the “right” to say whatever they want; as long as it doesn’t harm another human being.  What harm did the movie do?  So it made an Islamist angry; put on your big boy pants and get over it. Just because “you” get riled up doesn’t give you cart blanch to violate others’ rights (life, liberty and the pursuit of happiness).  And as far as the host country goes, get your people under control.

Just some food for thought…most of the attacks have been in the middle east. What say you?  Have issues with what I say; beat me up with facts. 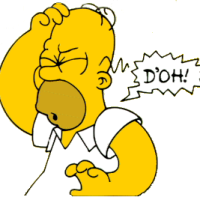